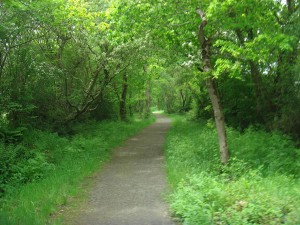 In the middle of last year I was contacted by the directors of a new venture for coaches and asked if I would like to be involved. The company are Goaly.com and they are setting up a company to make coaching strategies from the top coaches available via videos, to anyone around the world. They were filming in London in September and wanted me to contribute some of my successful coaching strategies. I put together some ideas and after careful consideration we selected the most appropriate for the medium and the planned content of the website. David Vox, director interviewed me the morning of the filming just to get a feel for

how I interacted and some background information prior to the filming of the strategies.
During this morning session David asked me what I had planned in the next 10 years. I said I was going to write a book on my cancer journey and how I had survived 23 years cancer free after having been given by a top oncologist, a 9 month terminal prognosis. He became excited about this book and conversation naturally drifted towards doing some cancer strategies for Goaly.com.
After a full day of filming it was agreed we would talk further about the possibility of Goaly.com filming some of the strategies that I would be putting into the book. As my intention for the book is to offer hope and inspiration to cancer patients, this seemed like a great idea. So we explored the idea and finally agreed I would do some more filming in December only this time the filming would be cancer strategies.
Goaly.com is soon to be launched and it is a platform for coaches and clients alike. They have a very unique goal setting model (cannot reveal exactly what this model is until after the launch), which knocks the socks of the wheel (which I always thought was a bit patronising as a coaching model) and the Goaly model will amaze you. Here is what Elizabeth Rankin CEO says about Goaly,
“There are a lot of sites out there that give people just advice but the difference is, that Goaly is where the experts, the coaches, put complete strategies together through video that guide users towards reaching their goal.” Elizabeth, CEO & Co-founder.
I will announce the launch via social media, so if you are not connected to me yet, get connected so you are in the loop of the next best thing to hit the coaching world.